ABOUT THE AUTHORS
Esosa and Shereena Osai are loved by God, so they love God back, love each other, and love their neighbor. Connect with their blogs http://www.sospression.com and http://www.emergefashionview.com

Esosa and Shereena have been married since 2008, they currently have one child and one in the oven and live in a suburb of Detroit, MI.

Esosa’s great grandfather was a pentecostal preacher. His grandparents were bible teachers and missionaries to urban youth from all over America. Esosa’s father is an engineer and real estate manager, and his mother is a nurse, writer, and speaker. Shereena’s mother has been an evangelist for over 20 years and her Grandmother was a pioneering evangelist in California. Her father is an award winning environmental activist. 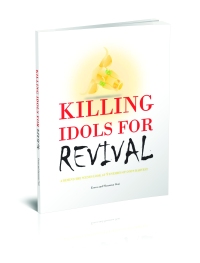